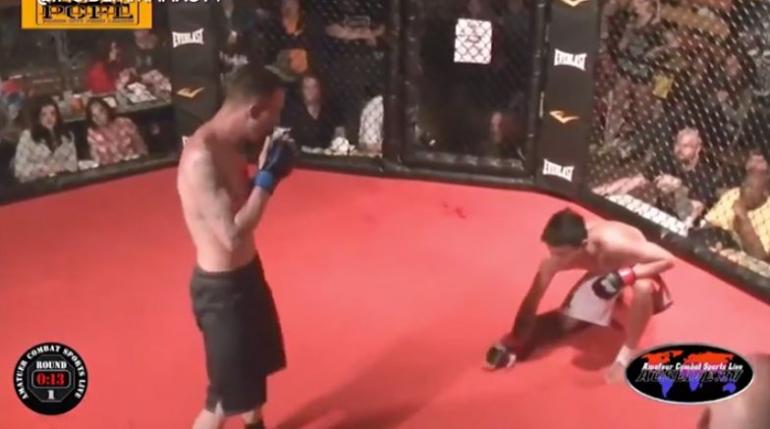 Mike Pantangco took sportsmanship to a whole new level after deciding to tap-out despite dominating Jeremy Rasner during a fight in the Prison City Fight League in Jackson, Michigan.

In the YouTube footage, which had been seen over four million times since its posting, Pantangco was clearly winning over the taller Rasnerai??i??landing clinical punches, kicks and knee blows.

But rather than inflicting further damage to his opponent, Pantangco tapped out with just seconds left in the opening round.

Rasner was a last-minute replacement after Pantangcoai??i??s original opponent pulled out.

To see the incredible video of Pantangco tapping out click here.