Whatever your level of expertise, having an effective Roundhouse kick in your locker as an MMA fighter is an essential tool that you should have at your disposal. Practising this technique correctly can also form a great part of a cardio vascular exercise session too.

Often referred to as the Orthodox Roundhouse, the basis of practising this technique begins with starting in an Orthodox StanceAi??and places great emphasis on maintaining your balance throughout the motion.

To successfully execute this kick you are ultimately aiming to strike the side of the punch bag, pad or opponent with the top of your foot. 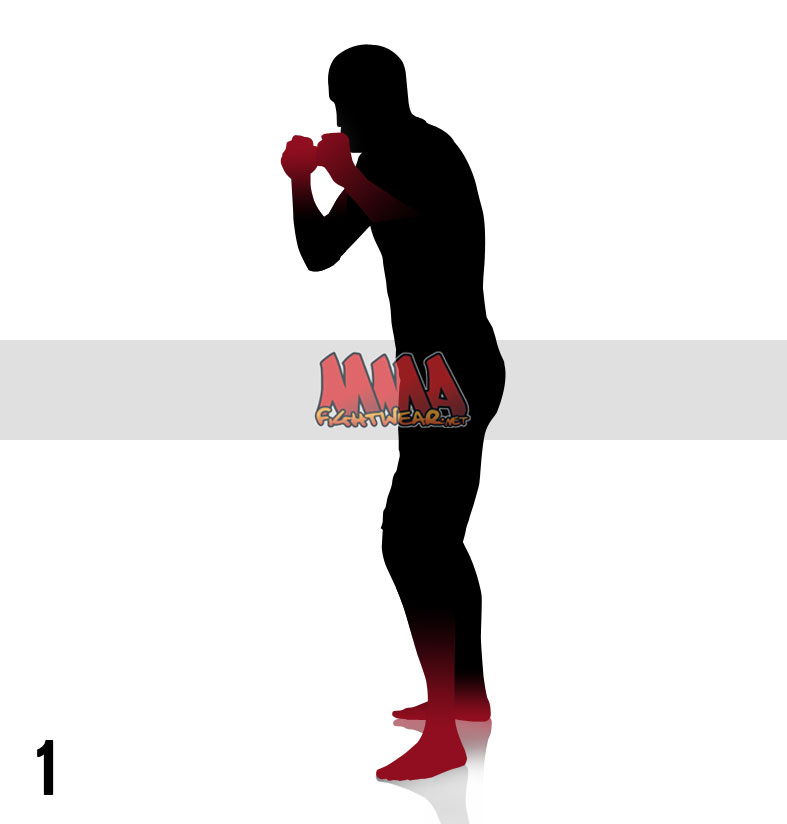 1Ai??- Assume an orthodox stance with your left food leading, with hands raised to form your guard. 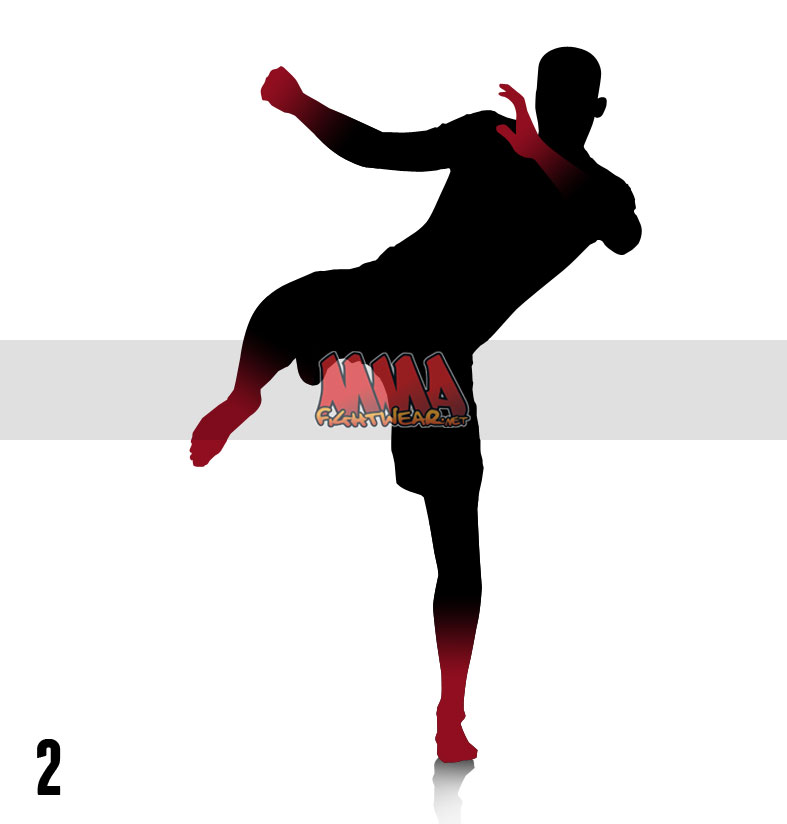 2Ai??- Raise your right knee quickly to waist level and begin to turn your body using your left foot as the pivot for the motion. 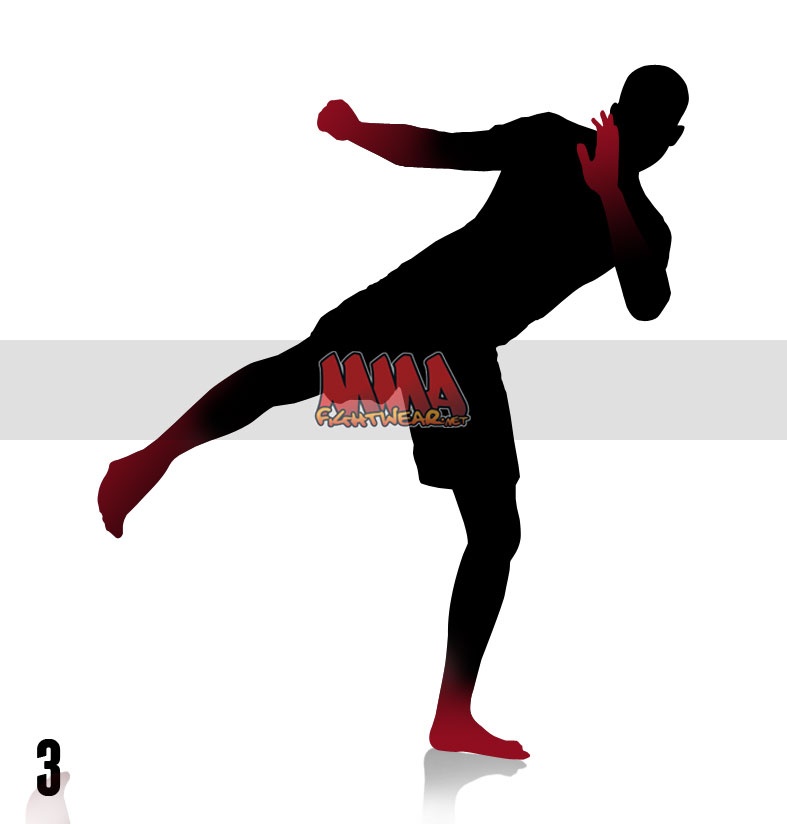 3Ai??- With your body rotating to around 180 degrees, extend your right leg to deliver the strike. Swiftly recoil and smoothly swivel back to your original orthodox stance starting position.

As mentioned above, practising this technique can easily be integrated in to a Heavy Bag or Kick Pad workout or even when sparring with a partner. Once you have got your technique mastered, you will be able to practice with greater intensity and increase the number of repetitions. You will also want to practice alternating stances to deliver the strikes using your left leg from a southpaw stance.

4Ai??- From the orthodox stance, jump up and make the switch so that your right leg is now the leading leg. 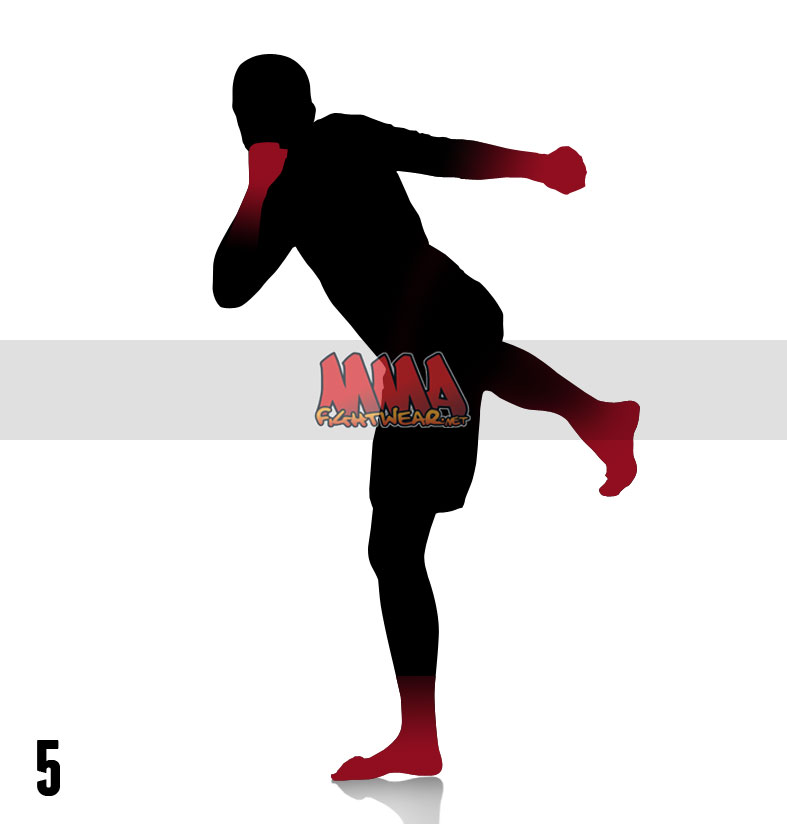 5Ai??- With your right foot forward and your hands raised to form your guard, bring your left knee up so it is in line with your waist and proceed to use the same technique as described above for the right leg kick.

To obtain greater accuracy and unleash greater power during kicking striking drills, you may want to consider using Curved Thai Pads to give a smaller, yet denser target area. Also, depending on the kind of training or discipline that you are working on, you will need to consider protection for yourself as well as your sparring partner. Investing in a pair of Grappling Shin Guards or Thai Shin Guards will give you greater piece of mind when it comes to injury prevention and will allow you to focus on improving your performance and not worry about taking any unwanted knocks.

As well as having the necessary hardware, your apparel is equally important, if achieving maximum performance is your goal. Wearing the right shorts, such as MMA Shorts, can make a big difference to your kicking ability and manoeuvrability during training or competition. With features such as side splits and reinforced four way stretch crotch panels, MMA Shorts can enable a greater freedom of motion to reduce restriction of your movements as much as possible.